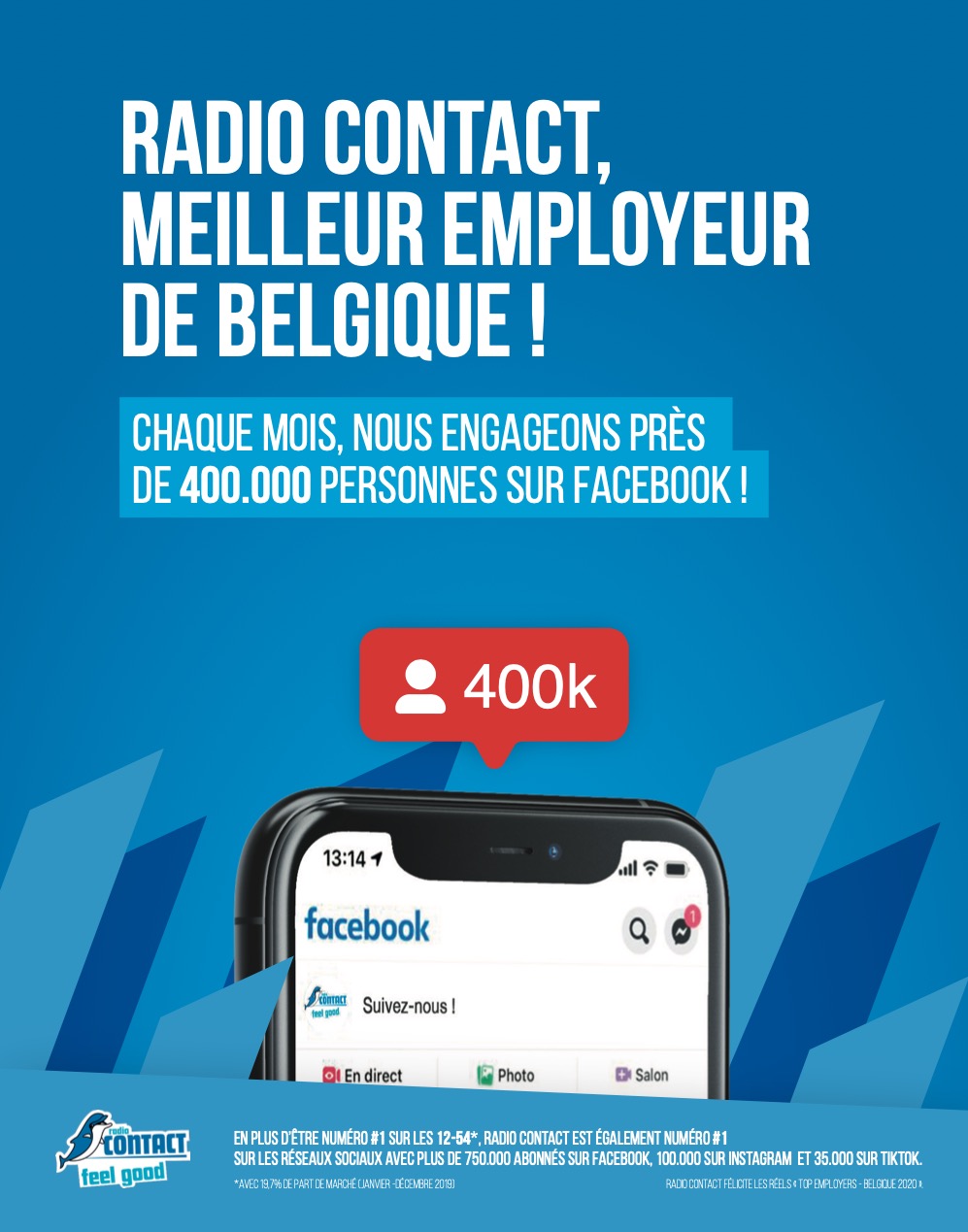 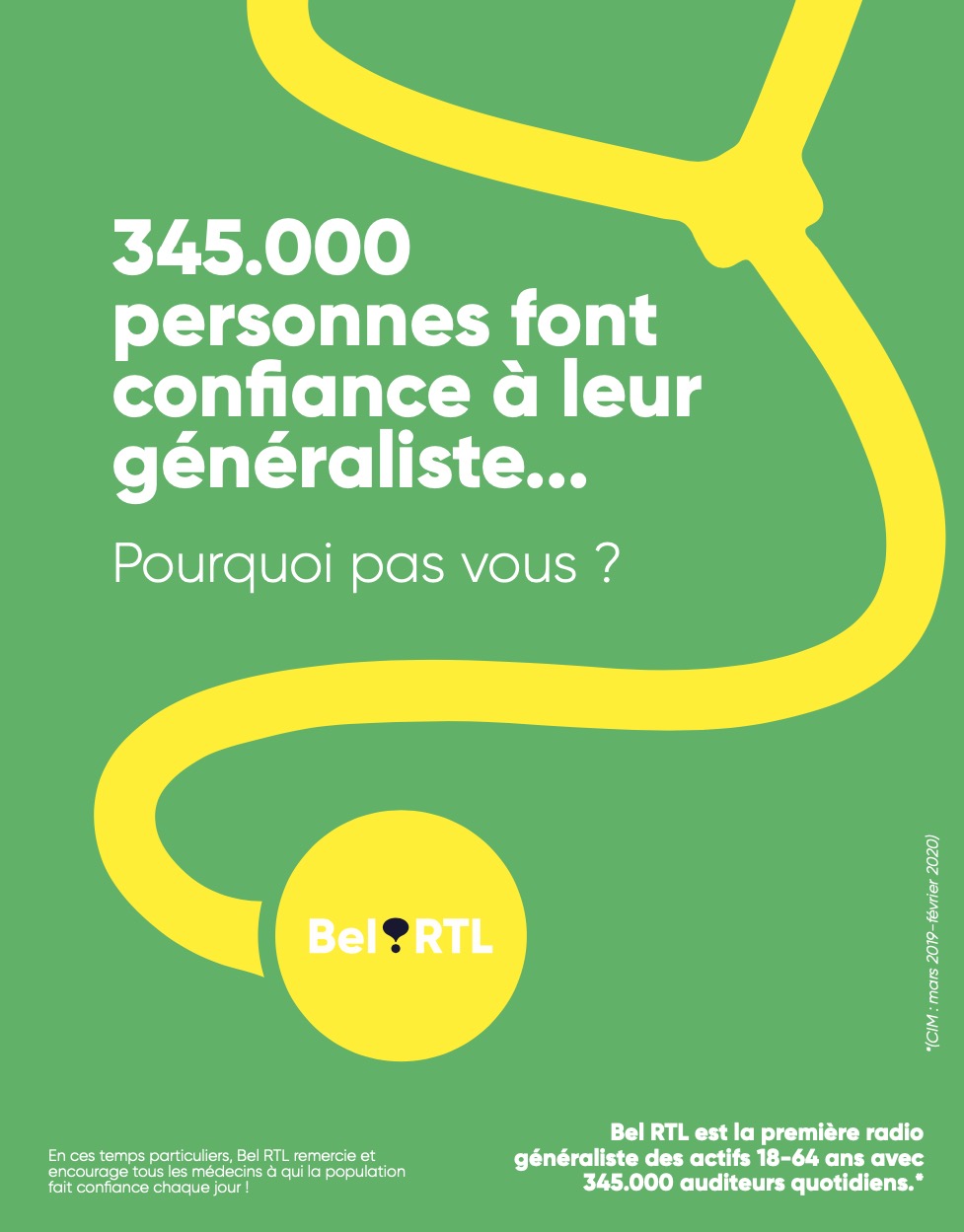 Between Radio Contact and us, it has been a beautiful story that has been going on for a year. We’re mainly used to creating different TV spots featuring their hosts, so we were hyped with the idea of switching things up with this B2B campaign. We also worked on a similar campaign for another radio station, Bel RTL, a first-time collaboration.

For Radio Contact, we chose to highlight their “Feel Good” power on social media, in addition to the audience of the radio. For Bel RTL, we combined the power of their general format with the reach they have with their active 18 to 64-year-old target audience.

In less than two weeks, we proposed several ideas and implemented these two campaigns, which were then published in the specialised B2B magazine PUB, which is mainly consulted by professionals in the field.